Update on Germany’s power markets during the 2022 energy crisis

This is an update on recent discussions in Europe and Germany on reforming electricity markets to respond to sustained high prices following the Russian invasion of Ukraine and related cuts in gas supplies to Europe. For information on Germany’s early measures, such as activation of the coal reserve, please see our earlier post here. For more on how Germany plans to build out decentralized flexibility, see our 2022 report on this topic.

In this article, the project team of Sino-German Energy Transition (EnTrans), invited Tim Mennel (dena), author of the report Decentralized Flexibility and Integration of Renewable Energy under the commission of GIZ, implementation organisation of EnTrans, and Peter-Philipp Schierhorn (Energynautics), shared their insights on the role of Germany’s power market during the 2022 energy crisis. In particular, they respond to questions related to how Germany is handling capacity reserves, which relates to current discussions in China on adopting capacity markets to respond to energy security concerns. They also respond to questions about how Europe’s energy markets are responding to the energy crisis, which is relevant considering that China is in the process of expanding its spot electricity market pilots into a national market design by 2025.

Question 1: Germany’s advanced spot market has incentivized flexibility, but critics point out that marginal pricing can lead to sustained periods of high prices and windfall payments to all generators during energy crises, as Europe is now seeing. How is Germany likely to address this issue?

Tim Mennel: On September 4, The German federal government presented a scheme to limit revenues from electricity generators active in the spot market. This move comes after an unprecedented surge in price levels, with peak prices of more than €1000/MWh. With gas prices soaring due to Russia’s war in Ukraine, high cost of gas-fired generators have led to electricity price spikes. The bid of the marginal power generator in the merit order sets the price for all participating bidders. The government’s scheme foresees a windfall tax specific to each generation technology, effectively clawing back spot market revenues above a certain price threshold. The government plans to redistribute the tax revenues to consumers. Importantly, these plans leave the fundamental principles of price formation in the spot market unchanged. Today there is widespread consensus that the spot market will continue to play an important role in the future electricity supply system, as it serves to ensure an efficient dispatch of electricity generation assets.

Peter Schierhorn: High prices are result of a supply scarcity caused by multiple factors—namely, the gas supply shortage, a dry year for hydropower, and low French nuclear availability—and are not primarily due to market design flaws. A switch to pay-as-bid structures has been suggested in public discussions, but studies (see here, here, and here) indicate that the market can be expected to see similar high price levels in this case. Any change away from marginal pricing would represent a major structural change in the market mechanism in the midst of the crisis, and therefore would likely introduce more of a shocks to the system rather than providing relief. European market based on marginal pricing is proven to work and operates on a very large scale using collective price settlement.

Measures that tackle the source of the problem (a shortage of supply) and results (high electricity prices) will be more effective than changes to marginal pricing itself. These measures should be taken at European level to preserve the integrity of the market, which itself is the foundation for security of supply. Policy makers must take care to ensure consumers—especially low-income residential customers—do not face full pass-through of the extreme price spikes brought about by the current multifactorial crisis. The inframarginal revenue cap suggested by the EU commission would function as a post-settlement measure instead of a direct market intervention in spot market pricing. It leaves basic market principles intact while providing funding that can go towards relief of high prices for consumers. Thus it represents a step in the right direction.

Question 2: China is evaluating capacity payments and capacity markets to ensure against power shortages. Is this the solution Germany is considering for the long-term (2030 or 2050), when RE is a substantially higher share of the market?

Mennel: The discussion about capacity mechanisms is wide open today, including in Germany. Given the current market turbulence with a potential shortage of available generation capacity, one cannot expect that investors will consider investment into gas-fired, hydrogen-ready generation assets solely based on the prospect of energy-only-market revenues. However, capacity payments or markets are not the only available alternative option: the South-West German TSO TransnetBW has proposed a scheme to contract such plants as reserve capacity with a certain level of guaranteed revenues. Whatever the outcome of the debate, scheduled by the government for 2023, demand side management (DSM) and electricity storage will play an important role in the final solution. Both EU regulation and German government announcements emphasize that measures for generation adequacy must be technology-neutral—that is, they must allow both for the deployment of firm generation assets and load flexibility.

Schierhorn: Capacity payments on a short timeframe are already a part of the European and German systems for ancillary services. Integration of long term capacity payments for power markets is however a fundamental change on the market operations, as it means changes in financial projections and investment decisions of the actors. Within the next decade Germany is likely to experience a capacity crunch with the retirement of firm capacity such as coal and nuclear, and some capacity mechanisms will definitely be necessary. These should not only focus conventional backup generation, but all other options including storage and DSM.

Question 3: Will Germany develop a capacity market for coal and nuclear plants after the present crisis, either as part of a non-operating reserve or for operating as flexible backup for RE, or is the plan still to retire these assets?

Mennel: Currently, Germany operates a system of capacity reserves consisting of retired (now reactivated) coal- and gas-fired generation assets, and it is unlikely to abolish this system any time soon. Increasing wind and solar based generation to meet ambitious government policies may indeed lead to a temporary shift of more fossil fuel-based plants into the reserve system. These plants will no longer earn sufficient revenues in the spot market, but given the experience during the present energy crisis, the government may want to keep a larger back-up. To that end, the regulator will issue a mandate for transmission system operators (TSOs) to procure reserve capacity in a competitive tender process. Importantly, however, the generation assets in such a capacity reserve are normally mothballed. Barring a crisis situation, they do not participate in the spot market; they would only be activated in situations with extreme scarcity. In a future climate-neutral electricity supply system, hydrogen-fired generation assets will replace some of today’s fossil-fuel based assets. As for the few remaining nuclear generation assets, the government has proposed a temporary transfer to a reserve that is currently subject to controversy. Whatever the outcome, nuclear power is unlikely to play a role in German electricity generation beyond 2023.

Schierhorn: Nuclear and coal units are obviously not the most economic choices as flexible operational backup power sources, but can play some role as security reserve in a mothballed state. Nuclear and coal are not expected to play a large role in Germany in the next decades. The reason that they are currently being used as backup is simply that there is legacy capacity available, that would otherwise be retired. This is actually an argument for more market based capacity mechanisms. Otherwise, energy-only markets would tend to incentivize gas-fired units staying online over coal, even when gas prices are high, given the substantially lower capital fixed operating and maintenance costs of gas units. The design of such a mechanism must account for fuel supply security, including both gas and coal supply. Europe’s gas is mostly imported, and it can become scarce and expensive quickly. Similarly, a coal supply chain cannot be conjured out of thin air whenever needed, even if based on domestic resources. Fuel supply security for both imported gas and domestic coal are evident in the German system this year.

Question 4: In 2025-2030, how will Germany deal with periods of high energy demand when wind or solar resources are scarce, such as during the dark doldrums in the fall and winter, or during extreme heat waves and droughts when there is a shortage of wind?

Mennel: During those years, fossil-fuel based capacity will still be operational to back-up an increasing fleet of variable renewable generation assets. Biomass based generation adds some more secure generation as well. At the same time, the government plans to dramatically improve the commercial conditions for DSM and electricity storage, including decentralized storage, to allow for a surge in their deployment. In parallel, the government has accelerated efforts to build out a hydrogen economy. By the beginning of the next decade, hydrogen-based generation will contribute to secure generation.

Schierhorn: Development of a hydrogen economy could definitely be one important step towards managing the dark doldrums, but it is not the only option. The results of sector-coupling investments today will result in more flexibility and security-of-supply at the system level by the end of the decade. For that precise reason we need to come up with better incentives for all types of storage (including hydrogen) and DSM quickly. Further decentralisation of renewable generation and storage will certainly reduce the load on the system. The conventional approach—unfortunately still apparent in current German government plans—is to incentivize renewable generation through public policy, while assuming that somehow the market will provide the necessary flexibility-enabling technologies such as DSM and storage. That has been a successful approach for the integration of renewables into a fossil fuel-based power system, given the low ratio of enabling technology expenses to generation capacity costs. But this approach may not suffice for a full transformation to a decarbonized system.

About the Sino-German Energy Transition project:

The Sino-German Energy Transition Project supports the exchange between Chinese government think tanks and German research institutions to strengthen the Sino-German scientific exchange on the energy transition and share German energy transition experiences with a Chinese audience. The project aims to promote a low-carbon-oriented energy policy and help to build a more effective, low-carbon energy system in China through international cooperation and mutual benefit policy research and modeling. The project is supported by the German Federal Ministry for Economic Affairs and Climate Action (BMWK) in the framework of the Sino-German Energy Partnership, the central platform for energy policy dialogue between Germany and China on national level. From the Chinese side, the National Energy Administration (NEA) supports the overall steering. The Deutsche Gesellschaft für Internationale Zusammenarbeit (GIZ) GmbH leads the project implementation in cooperation with the German Energy Agency (dena) and Agora Energiewende. 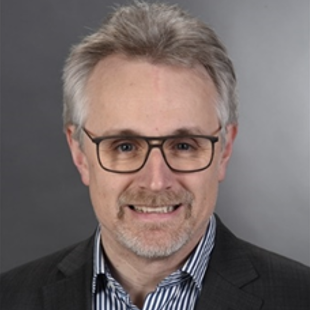 Dr. Tim Mennel is the head of the topic area Energy Market Design at Dena, together with his colleages he works on concepts for regulation and market rules that enable the energy transition. 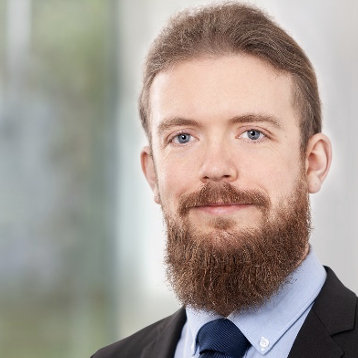 Mr. Peter-Philipp Schierhorn is a Senior Electrical Engineer with a focus on R&D at Energynautics GmbH, his research is related to the area of grid integration of renewable energies at transmission and distribution level.